Home » Decibels and the Basics Behind Reversing Alarm Sounds

Decibels and the Basics Behind Reversing Alarm Sounds

Loudness of sound is measured in units called ‘decibels’, the measure for everything we hear, including the volume of back up beepers. But why do we use decibels as a unit of measurement? What is the significance of decibels to how humans interpret sound? And how is sound making the world a safer place? We try and answer some of these questions in the article below.

As the human ear detects sound on such an enormous dynamic range, it is more convenient to measure sound levels on a logarithmic scale, measured in units called decibels (dB).

How loud is a reversing alarm?

On this scale, daytime background (ambient) noise in the countryside is about 45dB(A) and the background noise in a busy high street is about 65dB(A). A pneumatic ‘jack-hammer’ generates around 100/110dB(A) at 1m. 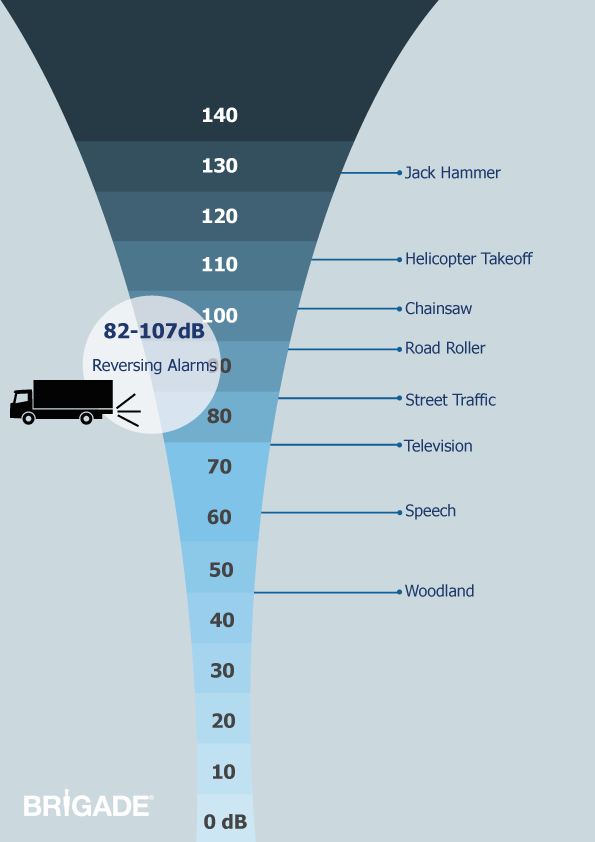 How is the loudness of an audible warning decided?

Four factors should be taken into account when deciding how loud an audible warning should be. 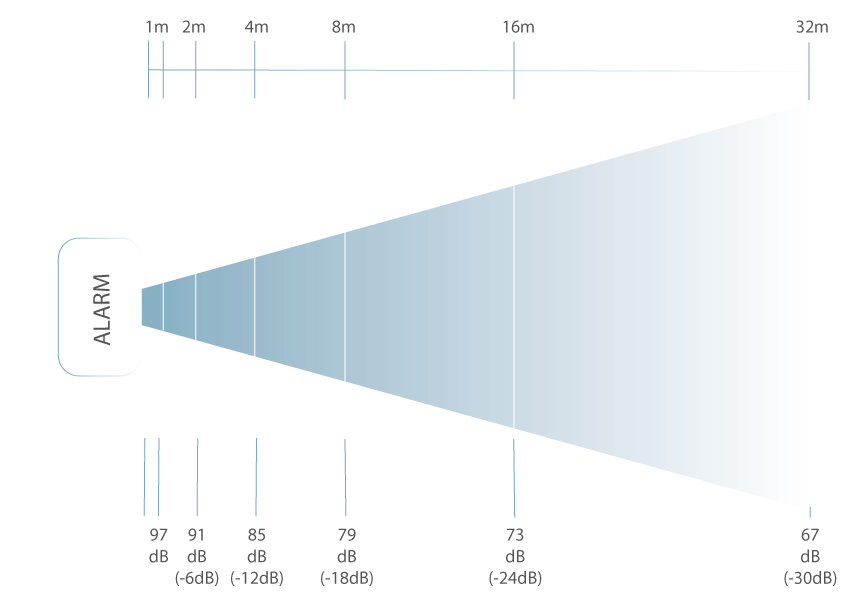 What role does sound have in vehicle safety? 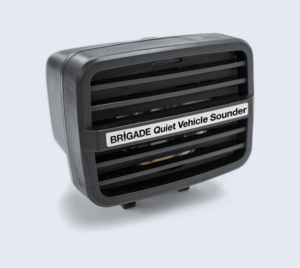 The last few years have shown just how important sound is for preventing collisions and accidents. The introduction of extremely quiet electric vehicles to our roads has brought concerns from across the globe with research pointing out that quiet vehicles are much more likely to be involved in an accident than vehicles with a combustion engine.

To remedy this, the UN and the NHTSA have introduced laws enforcing electric vehicles to be fitted with an  Acoustic Vehicle Alerting System (AVAS), a speaker system designed to warn pedestrians of an approaching quiet vehicle.

Vehicles with combustion engines are still dangerous, particularly when reversing. Huge blinds spots directly behind the vehicle pose a significant danger to vulnerable road users and objects in the vehicle’s path.

Tonal alarms were the original solution to help reduce reversing accidents but emitted a single piercing note that caused disturbances to neighbouring communities and came with a host of other issues. Those who worked in the vicinity of a tonal alarm would often become desensitised to the sound as it could be heard outside of the danger zone. With such a strident sound in an urban environment, the sound bounces of walls causing vulnerable road users to think the sound was coming from the opposite direction. All were issues that needed to be resolved.

Brigade introduced the bbs-tek® White Noise® reversing alarm, which uses broadband sounds. Broadband sound means there are multiple frequencies emitted by the alarm, rather than just a single tone. The benefit of this sound means It dissipates quickly and can only be heard inside of the danger zone (as shown in the video below). It is also a directional sound so that those outside of the vehicle can understand where the source of the noise is coming from and evade danger quickly if necessary.