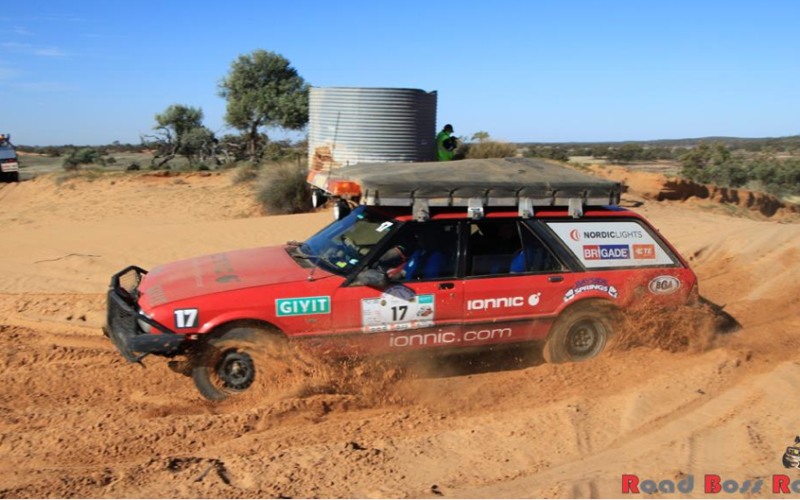 For 9 days, team Ionic adventured across Australia battling the temperature and the terrain. Starting at the Story Bridge in Queensland’s capital city, Brisbane, the rally travelled through four different states and finished in the little bush community of Booligal. Through rivers and across desserts, car number 17 completed the rally and raised over $250K for the GIVIT Foundation.

Ionic was able to raise more than $250K for the GIVIT Foundation to support not-for-profit organisations across Australia. Brigade are delighted to be able to support such a worthy cause.

Check out the pictures here