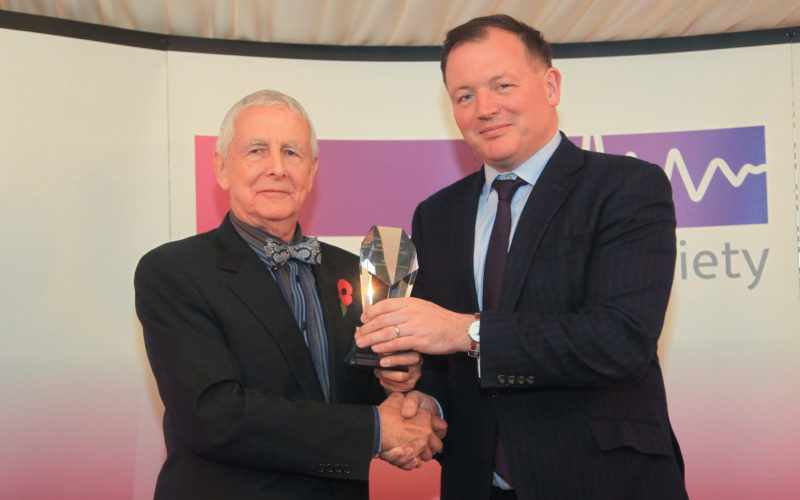 In the not too distant future most cars will be all-electric – however, this clean and quiet revolution also heralds a significant hazard to pedestrians, who may not be able to hear the vehicles approaching.

Many car manufacturers were looking forward to introducing their own pure-tone ‘sounder’ warnings, each reflecting their own brand image – spilling a confusing cacophony of noise back onto the streets.

Easier for pedestrians to locate than pure tone sounders, and only heard in the danger area, these intelligent broad band sounders react to the ambient background so are not invasive and dissipate quickly. For its ground-breaking safer and non-disturbing sounders, – a win-win for pedestrian and resident alike – Brigade Electronics was awarded the John Connell Award for Innovation.

The 2017 John Connell Awards were hosted by Damian Collins MP for Folkestone and Hythe and the Innovation Awards were kindly sponsored by the Institute of Acoustics. The Parliamentary Under Secretary of State for Defra Thérèse Coffey addressed representatives from local authorities, industry, academics and acoustics experts at this popular event, the only awards of their kind that support and reward innovations to improve our aural environment.