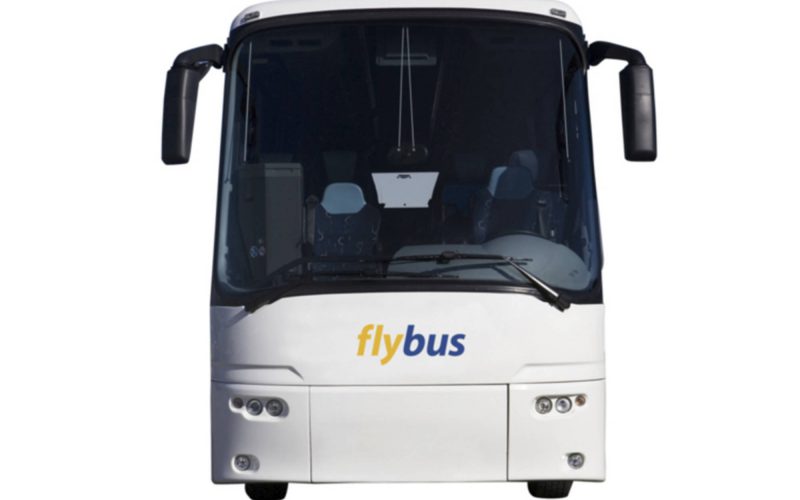 Brigade Electronics’ distributor, B & B Electronics, has installed Backeye®360 Select on a Flybus coach. An intelligent camera monitor system that offers a complete 360° view of the vehicle in a single image, eliminating blind spots.

The system combines images from four ultra-wide angle cameras providing a real-time 360° view in a single image on the drivers monitor, which has been integrated into the dashboard. The result is a ‘bird’s-eye-view’ of the vehicle and surrounding area. This is essential when manoeuvering, especially in urban areas, to reduce the risk of collisions with people and objects, and to avoid damage to the coach itself.

By activating specific triggers, such as an indicator or selecting reverse gear, a view of the triggered camera, such as left, right or rear, will be shown on the driver’s monitor.

Flybus also installed Brigade’s MDR, a mobile digital recorder with 500 GB hard drive which can store up to 1,164 hours of footage. The system is equipped with a GPS tracker, recording the speed and the position of the vehicle, and a motion detector to trigger recording when the vehicle is unattended. The MDR is a valuable asset in the case of false claims, accidents or acts of vandalism, providing irrefutable evidence.

Together, the Backeye®360 Select and MDR systems ensure there are no blind spots and provide safety and security to both the driver and passengers. To complete the installation, B & B Electronics also installed three Brigade internal cameras, in the driver area and  the front and rear of the bus. Flybus is very satisfied with the three Brigade systems installed by B & B Electronics, and plan to extend it to their entire fleet of 40 vehicles.