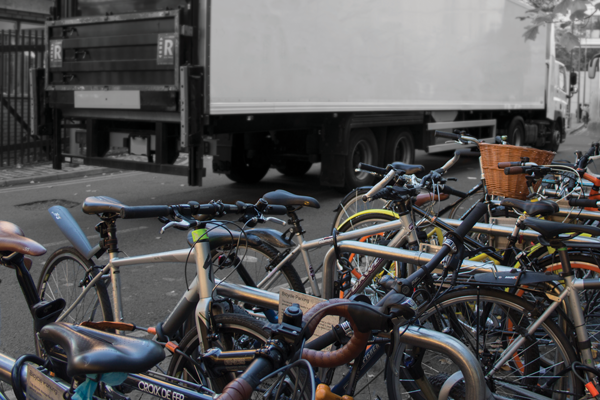 It’s a stark reality that in the UK you are 15 times more likely to be killed in an accident if you ride a bike than if you drive. A recent Transport for London factsheet detailing cycling casualties stated that the 27,089 collisions reported by the police during 2017 resulted in 32,567 casualties. Of these, 131 people were fatally injured, 3,750 were seriously injured, and 28,686 were slightly injured.

The enormous increase in the popularity of cycling inevitably means that accidents involving vulnerable road users are increasing. The advent of electric bikes has also encouraged more people to take up cycling, and sadly, in July alone one person has been killed and another seriously injured in London accidents involving electric scooters.

Heavy goods vehicles (HGVs) present a particular hazard for cyclists, particularly in London where around 20% of cyclist fatalities involve an HGV. These often occur when an HGV is turning left at a junction. In addition, about a quarter of accidents resulting in serious injury to a cyclist involved an HGV, bus or coach ‘passing too close’ to the rider.

Transport for London’s Direct Vision Standard (DVS) was created to improve the safety of all road users, particularly vulnerable ones such as pedestrians, cyclists and motorcyclists. The DVS for HGVs assesses and rates how much a driver can see directly from his or her cab in relation to other road users, and forms part of a proposed Safety Permit for all HGVs over 12 tonnes entering London.

City cycling is a dangerous pursuit, and while the majority of cyclists are responsible and careful, journeys still involve constant manoeuvring through heavy traffic. A second’s inattention from an HGV driver can mean disaster, so it’s important that fleet managers take every possible step to ensure safe driving.

Commercial vehicle camera systems have a vital part to play in helping to keep cyclists safe, and our vehicle-mounted CCTV cameras can help drivers to see blind spots and offer a reversing aid by delivering a live feed on the monitor of everything in the camera view, so that cyclists are easily spotted in time to take avoiding action.

Our Backeye 360 intelligent camera monitoring system is designed to assist low-speed manoeuvring by providing the driver with a complete surround view of the vehicle in real time. It offers a choice of 360° technologies, both of which work with four ultra-wide-angle cameras that each cover one full side of the vehicle with a viewing angle of over 180°. The calibrated cameras capture all the surrounding area including blind spots.

Our Ultrasonic Sensors minimise collisions by alerting drivers to obstacles close to the vehicle, whether moving or stationary. An audible and/or visual in-cab warning informs the driver of the distance to the obstacle, whilst an optional external speaking alarm can be added to alert cyclists and pedestrians that the vehicle is turning.

As our founder, Chris Hanson-Abbot OBE, has said, here at Brigade ‘we are in the business of saving lives’. Get in touch and we’ll be delighted to help your company do the same.