Electric Vehicles – The New Silent Hazard on our Roads 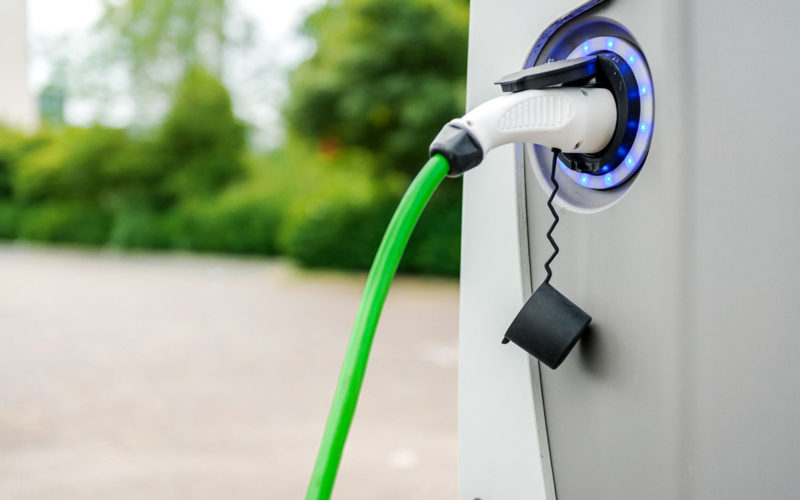 With the recent news that the UK government is set to introduce legislation to regulate electric vehicle charging points and the unveiling of Mercedes concept all-electric truck at the IAA Show, plug-in vehicles are increasingly gaining publicity.

Most of the buzz so far has centred on cars but the commercial vehicle market, including vans, HGVs, coaches and buses, is also edging its way towards electric due to the environmental benefits and cost savings. Advocates of electric vehicles have long argued that they are well-suited to locally operating fleets, as they deliver much lower running costs and can still operate established schedules that allow vehicles to be recharged overnight.

Although initial interest in the Plug-in Van Grant scheme was slow, most researchers and industry commentators believe electric vehicle uptake, including vans/ buses/coaches/, will accelerate. To encourage growth the Government has recently extended the Plug-in van grant to include vehicles over 3.5 tonnes and invested an extra £4 million into the scheme.

Electric vans lead the field with big-name companies taking them on. Manufacturers DAF, Ford, Iveco, Nissan, Renault Trucks, Scania, Scarab and Volvo, along with companies such as TNT, John Lewis and Ocado, are among champions of the LoCITY initiative supported by London Mayor Sadiq Khan to stimulate the uptake of low emission commercial vehicles.  Mr Khan has pledged to make London one of the world’s greenest cities and towards that aim is planning to buy only electric or hydrogen-powered buses for the city from 2018.

During the last Parliament, the government demonstrated its commitment to electric vehicles by pledging £600 million to boost the ultra-low-emission vehicle industry. This includes funding of £50m for local areas to invest in cleaner taxis and buses.

The benefits of electric vehicles are well-documented: Transport for London highlights their zero tail-pipe emissions of CO2 and those air pollutants detrimental to health (particulates and NOx). An electric-powered vehicle typically emits 40% less CO2 than a combustion engine over the course of its life.

A major environmental attraction is its “whisper quiet” motor. This blessed relief comes however with its own price, namely the electric car’s approach no longer includes its own alerting signal i.e. the Internal Combustion Engine’s (ICE’s) noise. A dramatic hazard increase is created for all vulnerable road-users.  Indeed research by The University of California, Riverside in 2008 found that a hybrid car is so quiet when driven electrically (EC mode) that it creates an unacceptable hazard particularly to the blind, the hearing impaired, the elderly, the young, cyclists, pedestrians, runners, the pre-occupied who may have to detect, recognise and locate it all within a second or two.

Major safety concerns centre on an electric vehicle moving from standstill, perhaps reversing silently out of a line of parked cars – not without reason have critical voices dubbed it “the silent killer”.

Worryingly, research from the US reveals that very quiet vehicles are twice as likely to strike a pedestrian than traditional ICEs, most typically when slowing, reversing, or leaving a parking space.

Conventional HGVs were put in the safety spotlight via the Written Declaration 81 “See me…save me” Campaign which states that around 400 vulnerable road users per year – mainly cyclists, motorcyclists and pedestrians – are fatally injured due to lorry blind spots. And we want to intensify lorry hazards by powering them electrically!!

The European Parliament has already voted to introduce mandatory ‘acoustic vehicle alerting systems’ (AVAS) – added sound of an ICE character designed to indicate subliminally a conventional ICE – for all new electric and hybrid vehicles to alert vulnerable road users. MEPs agreed that silent but potentially deadly electric and hybrid cars will have to be fitted with artificial ‘sound generators’ so blind and partially sighted pedestrians can hear them coming. Following the vote manufacturers in the EU have until 2019 to comply with the new rules.

Earlier this year the United Nations Economic Commission for Europe adopted a similar regulation which ensures that “silent vehicles” will no longer be dangerously silent. The regulation states that quiet cars and category N goods vehicles should be fitted with AVAS to create artificial noise in the speed range from 0mph to 12.5mph.

The move followed lobbying by organisations including The European Blind Union (EBU) which stresses that blind and partially sighted people are “endangered” by the advent of silent vehicles.

“Due to its almost silent operation it is virtually impossible for blind and partially sighted road users to detect an electric or hybrid vehicle, assess its distance and direction early enough to avoid being hit,” the EBU pointed out. High-risk scenarios involve, amongst others, street crossings, vehicles initiating movement from driveways, car parks and at roundabouts, said the EBU.

The EBU says that mandatory installation of electric and hybrid vehicles with an AVAS will alert pedestrians to a quiet vehicle’s mode of operation, namely acceleration, deceleration, direction, reversing, manoeuvring and stationary.

The forthcoming legislation is aimed initially at electric cars but there is nothing to suggest that electrically powered commercial vehicles might be excused from this requirement if they present the same hazards to VRUs. It is even more likely that very quiet ICE powered cars will be included in the new electric car legislation.

This sort of action will require vehicle manufacturers to get on board despite their reluctance to take on additional responsibility for designing, fitting, testing and guaranteeing a new safety system. And, just as with cars, a United Nations GTR (General Technical Regulation) is in the pipeline for mandatory fitment of AVAS on larger vehicles.

Safety concerns over the lack of noise on a vehicle is not a new problem: it emerged in America in the 18th century. In order to avoid sleighs trampling people to death the state of Baltimore slapped one-dollar fines on anyone who didn’t make their sleighs noisy enough. Drivers in Baltimore had to use the “warning” device of sleigh-bells and other cities followed suit.