As Pedestrian & Cyclist Fatalities Rise, Vehicle Safety Is An Even Lower Priority 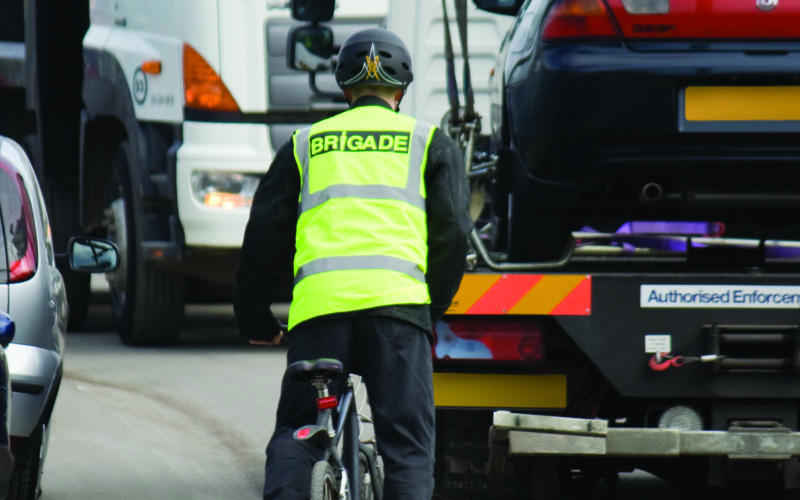 As non-driver fatalities continue to rise across North America, are cities focusing on the wrong solutions to a growing problem?

According to an article that appeared in Fast Company – penned by John Rennie Short, a Professor at the University of Maryland’s School of Public Policy – over the last 9 years traffic-based cyclist fatalities in the US have increased by 25%. Over the same time period, pedestrian deaths have risen by a staggering 45%.

By comparison, there’s been a significant overall reduction in driver deaths. The huge contrast between the groups, says Short, is down to the fact that while cities are actively encouraging more people to walk and cycle, roads are still heavily fast-moving vehicle-dominated.

So what’s being done about it? Lots, it seems.

Boston has reduced city speed limits to 25 miles per hour (from 30), Washington DC is making intersection improvements – no doubt prompted by the 20% rise in pedestrian and cyclist deaths. In addition, many US cities have signed up to initiatives like Vision Zero – which aims to eliminate road fatalities altogether.

But many of these programs have been in action for years now, and, if statistics are to be believed, the conclusion would be that they’re insufficient.

Here in Canada, news that Toronto is regarded one of the most dangerous cities in the world for cyclists, is alarming to say the least. Yet despite best efforts to make roads safer for both pedestrians and cyclists, it seems some are quick to bemoan ongoing efforts to reduce road fatalities.

Effectively, road safety needs to evolve. And telling people to take better care, building more cycle paths, and handing out more speeding tickets is not going to cut it. While Toronto too is part of Vision Zero (aiming to eliminate all road-related fatalities in the city by 2021) there’s little to suggest that overall improvements in driver situational awareness could help the city meet this target.

While both drivers and vulnerable road users (VRUs) need to exercise greater caution, it’s clear that even more needs to be done to educate both parties. Fatalities can often be attributed to a VRU’s use of headphones and mobiles, which distract and block out sounds giving vital cues. Drivers also need to be reminded of their responsibilities. Distracted driving, stress, and cognitive load all need to be recognized as key factors too.

However, short of banning vehicles altogether on all city roads – which, let’s be honest, is never going to happen – the only way to practically increase safety for all, in tandem with education,

is to explore technology that creates situational awareness. And not just street equipment – such as automated speed sensors – but technology that enables drivers to exercise greater caution, and actively warns VRUs in high risk environments.

While more modern vehicles now feature back up cameras and radar sensors as standard, additional vehicle safety expenditure isn’t always taken as seriously as it should be. Fortunately, many companies are now prioritizing safety and an increasing number of commercial vehicle fleet owners and operators are looking at more advanced vehicle technology – like 360 degree cameras, white noise alarms, and Mobile Digital Recorders (MDRs) – to minimize both damage and disaster and help drivers develop greener and safer practices.

Take garbage collection service, Advantage Waste, for instance which operates in nearby Hamilton ON. When one of Advantage’s front loader garbage trucks was involved in a traffic collision with a reckless car driver; a lack of witnesses meant local police had little choice but to write off the incident as a no-fault.

That was until Advantage produced pre-recorded footage from its Mobile Digital Recorder (MDR) – which ultimately saved the company more than $10,000 CAD in repairs ensured the third party driver was penalized and protect the drivers record and sense of justice.

This particular incident occurred when a speeding driver attempted to pass one of Advantage’s garbage trucks on a small road; just as it was turning. Local police were reluctant to take any action at first. But upon reviewing footage taken from the MDR system, Advantage was able to provide evidence to the police; which resulted in blame being passed to the third party.

The lesson here is clearcut. And in Advantage’s case, it paid off. But this incident also reflects how car drivers often feel a greater sense of road ownership, or act upon an urgency to move away quickly from large, slower, commercial vehicles. Attitudes towards municipal vehicles need to be addressed too.

Whoever incident fault lies with, the need for greater caution is paramount – to protect those in- and outside of any type of vehicle. And if city authorities are wholly responsible for specifying that commercial vehicles are equipped with necessary safety tech; what’s stopping them requesting city drivers to follow suit?