Compulsory cameras and sensors on vehicles could prevent hundreds of deaths 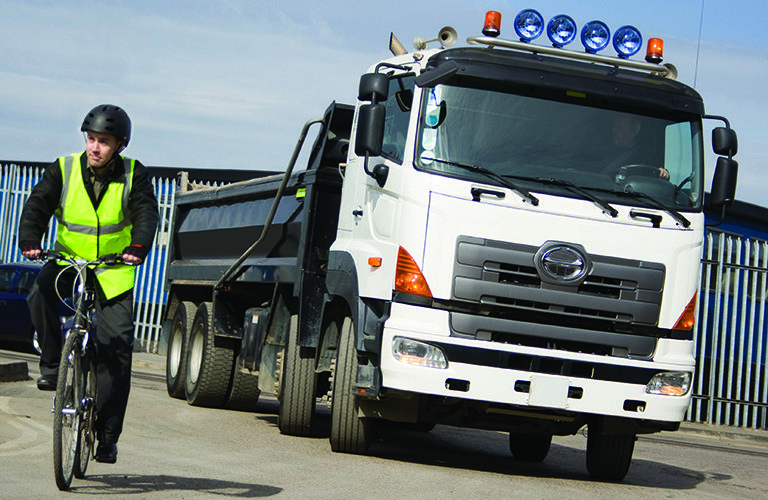 Hundreds of lives could be saved every year if blind spot detection technology was compulsory on all commercial vehicles, say road safety campaigners.

According to research carried out by the World Health Organization, almost half of all deaths on the road are made up of vulnerable road users, including pedestrians, cyclists and motorcyclists with an estimated 450 of these deaths in Canada a year as a result of HGV blind spots – many of which could be avoided by installing devices such as cameras and sensors.1

Road safety charities, campaigners and industry experts have been trying to solve traffic hazard issues for vulnerable road users for years and, while many point towards improving driver awareness and adjusting road layout by installing dedicated cycle tracks, blind spots and difficult maneuvers, such as backing-up, are still a major cause of death and injury for pedestrians and cyclists.

Last year, Canadian up and coming pro cyclist Ellen Watters died four days after a collision with a car while training near her home in Sussex, New Brunswick. Although insufficient evidence meant no criminal charges were brought against the driver, New Brunswick Legislature passed Ellen’s Law, requiring all drivers of cars and trucks to give cyclists a meter of clearance. The Ontario Office of the Chief Coroner 2012 Report on Cycling Death Review2 also recommends an “establishment of a ‘one-meter’ rule for vehicles when passing cyclists.”

Henry Morgan, who is an expert on vehicle safety at Brigade Electronics Canada in Hamilton, Ontario – a leading global supplier of camera monitor systems and vehicle safety solutions – said:

“Hundreds of unnecessary deaths could be prevented every year if blind spot technology was compulsory on commercial vehicles. In half of the collisions with heavy trucks the cyclist impacted the side of the truck. Many companies are now looking to side detection and bird’s eye view 360 vision systems to mitigate the risk from blind spots. The UN World Forum for Harmonization of Vehicle Regulations has been championing road safety globally for 50 years, but more still needs to be done to protect vulnerable road users.”