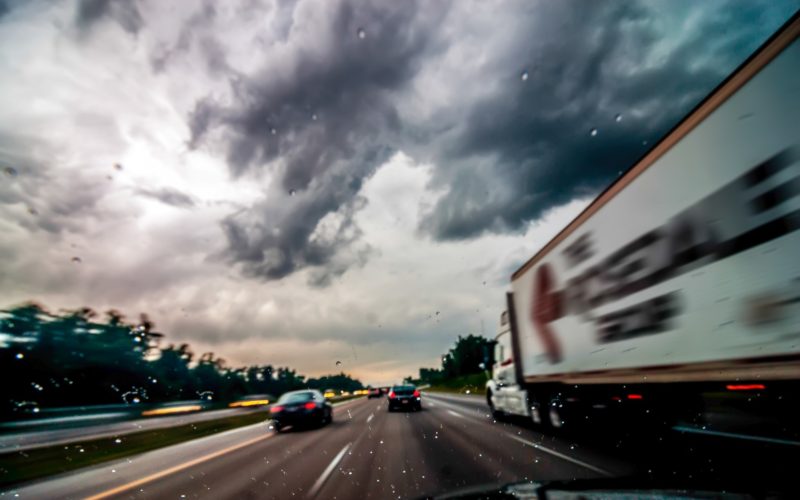 Just 3% of the total registered vehicles in the United States were single unit trucks, yet their sheer weight and mass make them far more likely to be involved in fatal collisions than other vehicles. Despite various initiatives to promote better safety, the threat is as real as ever: in fact, on some types of roads the danger is getting worse.

Recent research has shown that commercial vehicles are seven times more likely to be involved in a fatal crash on minor roads – double the risk of ten years ago. It’s clear that these smaller roads present a challenge for commercial vehicles, especially in built-up areas where there are more likely to be vulnerable road users such as pedestrians and cyclists. The National Highway Traffic Safety Administration reported that 71 percent of bicyclist fatalities occurred in urban areas and of all fatalities, the majority was caused by a vehicle.

The Royal Society for the Prevention of Accidents has analyzed accident statistics to highlight the three main types of collisions between commercial vehicles and cyclists. They are:

Clearly there is an onus on both cyclist and heavy-duty truck driver to exercise care and responsibility when on the road. However, even the most experienced and vigilant truck drivers know there is always a possibility that a cyclist will be hidden from view inside the driver’s blind spot.

All vehicles have blind spots, but on heavy-duty trucks the nearside blind spots pose a particular risk, as the RoSPA analysis makes clear. Mirrors alone cannot solve this problem, so commercial fleet operators are increasingly turning to technology for the answers. Brigade’s award-winning safety cameras and obstacle detection sensors are leading the way in this field of vehicle safety technology. Camera monitoring systems such as Brigade’s Backeye 360°  provide drivers with a bird’s eye view of their vehicle, allowing them to view areas they cannot see from the cab. Live images are streamed directly to the driver thanks to four ultra wide-angle cameras with each one covering one full side of the vehicle – including that all-important near-side. The device can also incorporate warning alarms, which sound an alert should a person or vehicle move into a blind spot, or if the driver is getting close to an object while maneuvering at low speeds.

Backeye 360° is also compatible with Brigade’s Mobile digital recording (MDR) systems, meaning that any activity around the vehicle can be recorded, and the captured footage used as evidence if any incident should occur.

As well as cameras, Brigade has developed a market-leading range of ultrasonic obstacle detection sensors – devices which can dramatically improve the safety record of commercial vehicles operating in the confined spaces that are typical of the built-up environment.

On roads across Britain, Europe, and all over the world, Brigade’s vehicle safety products are helping to cut the risk of collisions and save lives. To find out how we can offer enhanced peace of mind for both drivers and heavy-duty truck operators, take a look at our customer case studies. For more information about Brigade or any of our products, don’t hesitate to get in touch.