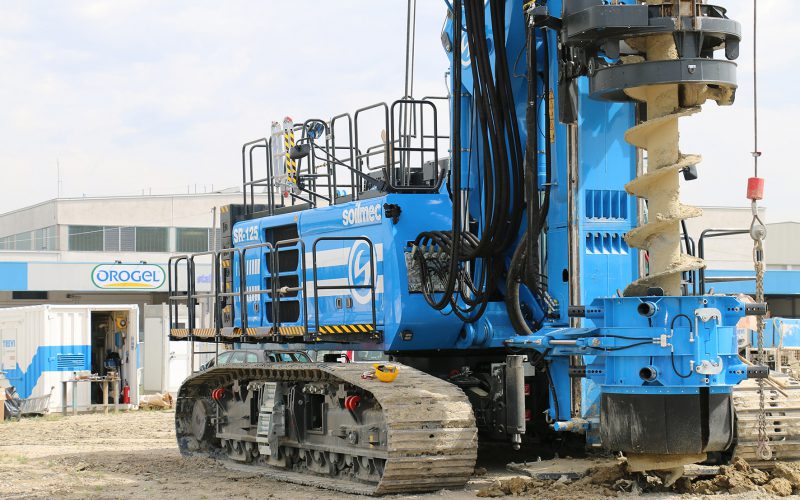 Soilmec, part of the Trevi Group, specializes in the design, manufacture and distribution of equipment for the construction of foundations of large infrastructure projects in Italy.

Safety for Soilmec has always been an essential aspect of the business, becoming even more important with the European standard EN-16228 coming into force in 2015. The EU standard specifies safety measures for drilling and specialist foundation equipment. Specifically, the standard states that the operator must have a 360 degree view of the machine whilst in operation.

Soilmec installed several cameras from Brigade Electronics to ensure maximum visibility and to align with the EU standard. Brigade Electronics’ Elite camera monitor system chosen for its high quiality, and was fitted onto several machines such as the new multi-functional drill rig model SR 125 HIT. Five Elite cameras combined with the durable 7” monitor BE-870FM were installed and integrated into the control unit in the dashboard.

Soilmec also chose Brigade Electronics’ Smart bbs-tek® White Sound® reversing alarm which uses immediately locatable broadband sound. bbs-tek®, with its recognisable “shh shh” sound, dissipates quickly so it is only heard in the hazard zone. Not only does this reduce noise pollution, it also prevents people from ‘tuning out’ to the warning and disregarding the alarm.

The Smart bbs-tek® alarm continually reacts to the environment and self-adjusts to 5-10dB above the ambient noise level, further reducing noise pollution.

By partnering with Brigade Electronics, Soilmec have fulfilled the EU safety standard, provided improved visibility and safety for its machine operators and proven Brigade’s system to be of high quality and durability in harsh conditions.