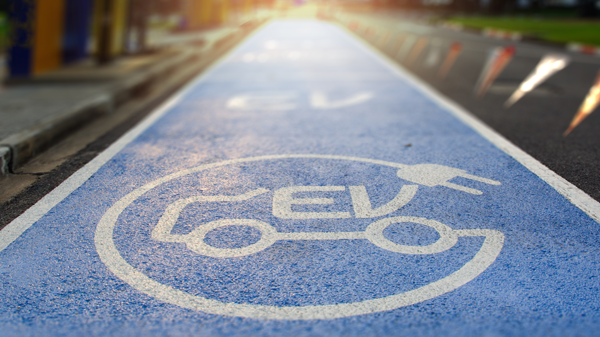 The new breed of electric vehicles exploded onto the scene at the turn of the century when manufacturers began focusing on fuel-efficient technology as a means of addressing global warming and climate change. There are now some two million electric vehicles on the road and numbers are rapidly increasing.

The rise in use of silent electric vehicles has come at a cost, however. Since they are only audible at high speeds, they pose a safety risk to vulnerable road users, such as pedestrians, cyclists and those who are visually impaired. When electric vehicles travel at speeds below 20kph/18.6mph they are almost silent, and research has shown that they are 37% more likely to be involved in pedestrian accidents than conventional cars.

To combat this risk, many governments are introducing legislation requiring the use of Acoustic Vehicle Alert Systems (AVAS) on electric vehicles.

In the USA, the National Highway Traffic Safety Administration has highlighted new legislation enforcing hybrid and electric cars to emit a sound when travelling at low speeds. The Safety Enhancement Act (PSEA) of 2010 will reduce the risk of pedestrian crashes, especially for the blind and visually-impaired, and satisfies new regulations. Hybrid and electric passenger cars, light trucks and vans (LTVs), and low speed vehicles (LSVs) must produce sounds meeting the requirements of this standard.

This standard will help to ensure that blind, visually impaired, and other pedestrians are able to detect and recognize nearby hybrid and electric vehicles, as required by the PSEA. It is estimated that the benefits of reducing the pedestrian injury rate per registered vehicle for HVs and EVs to that of ICE vehicles, if four percent of the fleet is HVs and EVs, would be 2,390 fewer injured pedestrians and pedalcyclists among passenger cars and LTVs.

As a global leader in road safety technology, we’ve developed our award-winning Quiet Vehicle Sounder (QVS), which is designed to warn pedestrians,

cyclists and other vulnerable road users of approaching silent electric and hybrid vehicles.

Utilizing our multi-frequency patented bbs-tek® technology, our QVS creates a highly directional and instantly locatable warning sound at low speeds, readily identified as a vehicle. The sound is only heard in the hazard zone, dissipating quickly and cutting out at higher speeds to help minimize noise pollution.

Our QVS system can be retrofitted to existing electric vehicles. Here at Brigade, it’s our mission to improve road safety. Our QVS vehicle safety system is helping to address the issues posed by electric-powered vehicles as they become more commonplace on our roads.