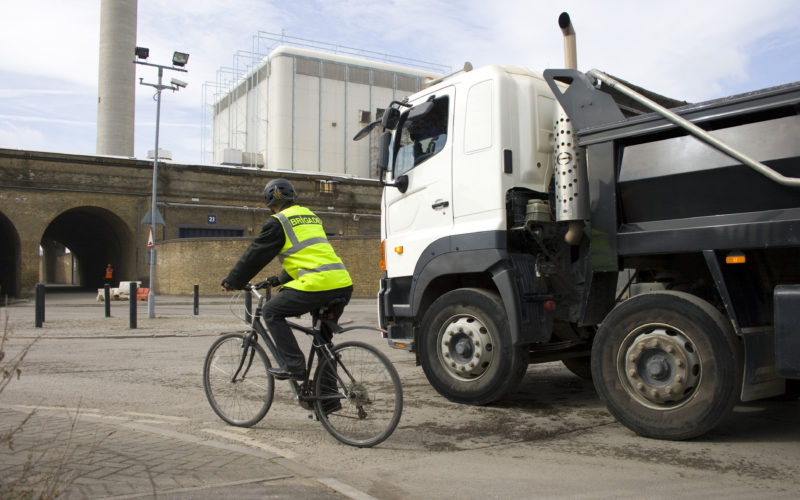 The last decade has seen a huge rise in the numbers of people cycling for sport and leisure. There was an increase in people cycling to work by 64% between 2000 and 2012. In 2016, 840 cyclists were killed in motor vehicle crashes.

As the Tour de France began this month and cycling fever hits all over again, it’s important to remember the responsibilities of both cyclists and drivers traveling on our public roads.

Semi-trucks and cyclists – who’s to blame for accidents?

Semi-trucks present a particular threat to cyclists, with the key danger area being junctions and roundabouts in built-up areas. Cyclists accounted for 2.2% of all traffic deaths in 2016. The highest fatality rate per million population occurred in Florida in 2016 at a ratio of 6:7.

There is frequent debate over who is responsible for these collisions, with truck drivers arguing that cyclists should never cycle up on their right side – an area of the vehicle that is particularly vulnerable to blind spots. Cyclists claim that truck drivers should be more vigilant and respectful of others on the road.

Clearly, it’s a complex area and blame cannot be attached to one group over another, since each accident will have a different cause. What is evident, however, is that the blind spots on large commercial vehicles present a danger that must never be underestimated.

Upgrading trucks, coaches, and buses with the latest safety technology can go a long way towards eliminating those potentially deadly blind spots. We’re proud to be a global market-leader in pioneering systems that warn and assist the driver while protecting others on the road.

Mirrors and single-view cameras have their place, but for a complete surround view of the danger zone around a vehicle, Brigade’s Backeye®360 is unbeatable. It’s an intelligent camera monitor system designed to assist low-speed maneuvering by providing the driver with a ‘bird’s eye’ surround view of the vehicle in real time. Four ultra-wide-angle cameras are mounted on the front, rear and sides of the vehicle. The four live images are simultaneously sent to an electronic control unit where they are instantly combined and delivered to the driver’s in-cab monitor in the form of a single, smooth real-time image.

Footage from vehicle-mounted cameras can also be captured by our MDR digital recording systems, helping to provide invaluable evidence in the event of genuine accidents or false claims.

As cyclists take to the roads across the USA this summer, is your commercial fleet doing all it can to minimize the risk of collisions? Why not contact us for more information on Backeye®360 , or any of the products in our extensive range. We’d be delighted to work with you to help make our roads safer for all users.