Tackling safety in the waste industry 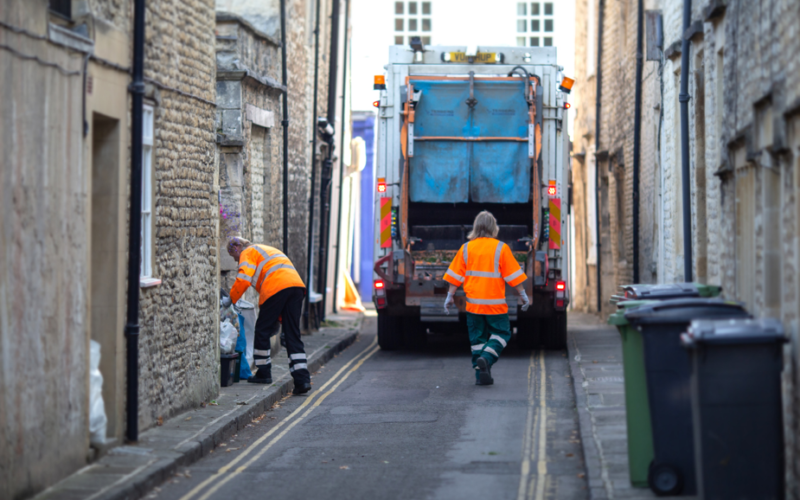 The waste industry is officially one of the most dangerous sectors to work in across the world. The latest figures reveal that there are as many as 34.1 fatal injuries per 100,000 workers in the US and as of January 22nd, a reported 19 fatal incidents have occurred across Canada and the USA in 2019 alone.

These startling figures are a major concern for the industry. The highest incidence of accidents is from workers being struck by a moving vehicle or machinery. Among the tragic deaths was that of a sanitation worker Justin Pratt who was working from a refuse truck when it was rear ended by a pickup in December 2018 in Columbia Township, MI.  In another incident, in November 2018, Jean Macdonald, a Town of Hempstead employee was standing on the back of the refuse truck when the vehicle backed up toward a parked truck.  He died from injuries to this chest and abdomen.

Refuse trucks can pose a danger to employees and pedestrians because of their size and blind spots around the vehicle.

In 2018, in Rochester, NY Craig Levin was walking through an intersection when he was struck by a city refuse truck trying to make a left turn.  Crews worked to free him from being pinned under the truck and rushed him to Strong Memorial Hospital.  Resulting in Levin’s plans to take legal action.

Brigade can help save lives

The introduction of vehicle safety systems is helping to combat the problems faced by those operating in the industry. Vehicle blind spots are a major factor in causing collisions. The complex shape and size of waste management vehicles limits the driver’s visibility, making accidents far more likely.

All round vehicle visibility has been proven to reduce collisions and improve safety. Camera safety systems, such as Brigade’s Backeye®360, are an example of how safety is being improved. Backeye®360 provides a real-time surround view of the vehicle in one single image, eliminating blind spots and saving the driver from having to process information from several monitors or mirrors in quick succession. This makes it much easier to spot, assess and react to possible hazards.

When vehicles are involved in an incident, lack of solid evidence can lead to uncertainty and time-consuming investigations. Research into the benefits of recording camera footage from vehicles has found it encourages driver best practice. Brigade’s Mobile Digital recorder (MDR) captures footage from vehicle-mounted cameras. The recorded footage from the MDR offers irrefutable evidence in the case of an accident or dispute.

Saving and protecting lives is our single and most important objective. If you’d like more details about our products, please get in touch here.