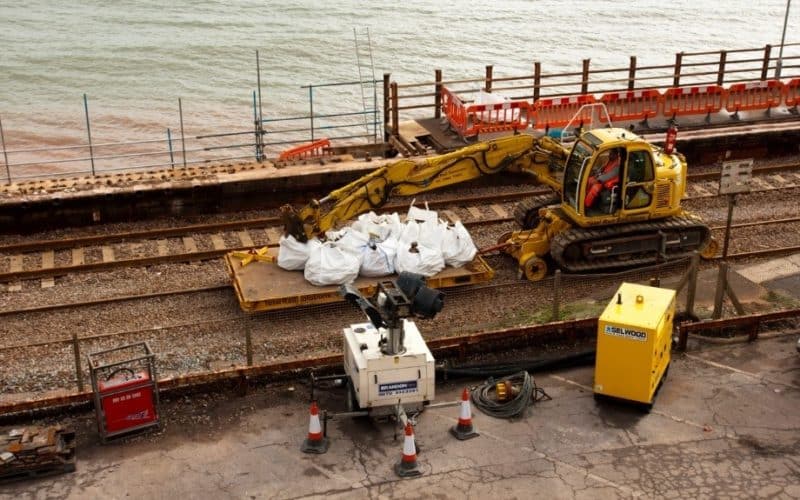 Rail passenger journeys in the UK reached a record high of 1.759 billion in the period 2018-2019, an increase of 3% compared to the previous year, and the rail network of 10,261 miles carries over 18,000 passenger trains and 1,000 freight trains daily. There is a constant programme of maintenance covering the inspection and repair of tracks, bridges, tunnels, viaducts, fencing and embankments, as well as seasonal issues to be managed such as snow clearance and storm damage repair.

Maintenance personnel have access to a wide variety of vehicles to carry out these tasks. A high output ballast cleaner is half a mile long and consists of power cars, 22 empty wagons for ballast waste, a ballast cleaner, a dynamic track stabiliser and 22 wagons of new ballast. Some vehicles are able to travel on roads as well as railway tracks, including diggers, track movers, flashbutt welders for welding rails and ballast distributors.

However, safety issues surrounding these mobile machines were put in the spotlight last year following an incident in September when a road-rail ballast distributor which was travelling in reverse between Chester and Crewe collided with a small personnel carrier. Two track maintenance workers who were travelling in the personnel carrier suffered injuries, and one of these incurred life-changing back and leg injuries. There was also damage to both vehicles and minor damage to the track.

The recent report into the incident produced by the RAIB (Rail Accident Investigation Branch) concluded that lack of driver visibility was one of the fundamental contributing causes. The design of the ballast distributor meant that there was very limited visibility of the line ahead when it was being driven in reverse. In addition, no-one was controlling its movements from the ground, in direct contravention of the railway rule book and vehicle-specific operational restrictions. One of the resulting recommendations made by the RAIB was to consider controls for maintaining visibility of the line ahead.

Our range of commercial vehicle safety products can help protect vulnerable workers while carrying out maintenance on the railways. Backeye®360  is an intelligent camera monitor system designed to assist low-speed manoeuvring by providing the driver with a complete surround view of the vehicle in real time. Four ultra-wide-angle cameras each cover one full side of the vehicle with a viewing angle of over 180°. High-mounted on the front, rear and sides, the calibrated cameras capture all of the surrounding area including all blind spots.

Our Camera Monitor Systems enable drivers and operators to manoeuvre and drive safely in both on and off road situations. Vehicle-mounted CCTV cameras deliver a live feed on the monitor of everything in the camera view, eliminating blind spots and saving lives.

Here at Brigade, our priority has always been the wellbeing of your employees as they carry out their work, as well as the safety of other vulnerable road users. Get in touch and find out how we can help keep your workforce safe.