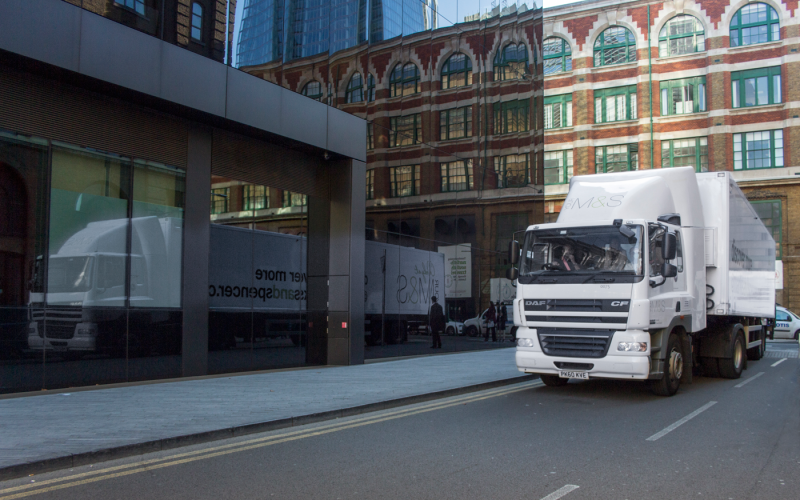 Drivers of heavy plant machinery, trucks, buses and tractors have to be especially aware of their surroundings, due to the nature, size and blind spots associated with their vehicles. And in urban settings they have to be extra alert as they share the roads with an increased volume of traffic, as well as pedestrians and cyclists.

Before such drivers can even step into the cab they have to pass additional tests to ensure they are safe on all road and understand fully the class of vehicle they will be using. But a London MP has called for HGV drivers to undergo further training, tailored specifically for urban areas.

Ruth Cadbury, co-chair of the All Parliamentary Cycling Group, made the comments during a round table meeting to discuss how to make city roads safer. Additional commercial vehicle safety solutions, such as 360 vehicle camera systems that give drivers a better view of the area around their vehicle, were also discussed.

Driving an HGV, bus or coach is a serious responsibility and the law reflects this. Before getting behind the wheel of even the smallest category of truck or bus in the UK, drivers must pass four additional tests as well as having a full driving licence. These rigorous tests cover a driver’s knowledge of road signs, road conditions, braking, loads and even health and safety, so they know what to do in the event of an emergency, and include two practical demonstrations. So is more training needed?

Ruth Cadbury, MP for Brentford and Isleworth, thinks there should be, specifically for drivers working in urban areas. She made the call directly to the Department for Transport (DfT) during a round table discussion between HGV and cycle groups, which explored how city roads could be made safer for those on two wheels.

The number of cyclists killed on London’s roads sadly often makes headlines, and in 2015 seven such deaths involved HGVs. Mrs Cadbury thought specialist urban driving training could help reduce such accidents – but also cited additional devices that could be used to boost safety.

In her questions to the DfT Mrs Cadbury specifically asked if the Secretary of State for Transport was taking any steps to “incentivise” haulage businesses to buy vehicles with “lower driving positions, observation cameras, glass doors and other advanced safety measures”.

In its written reply to Mrs Cadbury the government said safety equipment, such as cameras, are becoming increasingly common on UK roads. It added that various schemes were operating across the capital to encourage more companies to use such safety equipment – and some firms are contractually required to comply with these schemes while working on certain developments, including the £14.8bn Crossrail project.

Camera monitoring systems, such as Brigade’s Backeye 360° equipment, provides drivers with an extra pair of eyes that can keep watch on the areas they cannot see from the cab.

Footage of the area monitored by a camera is beamed live to the driver and many systems also incorporate warning alarms, which sound an alert should a pedestrian, cyclist or site worker move into a blind spot, or if the vehicle is getting close to an object while manoeuvring.

Keeping an eye on all road users

Research shows that in the time it takes a driver to scan four mirrors, assess the road situation and then react to any hazards, his vehicle could travel as far as 10m while doing just 5kph.

Having a camera on board helps a driver scan and assess an area more quickly when making a manoeuvre and provides an overview of the areas around their vehicle in one place, via the screen in their cab, so they are not having to check multiple points.

At Brigade, we are committed to making roads and worksites safer for all by giving truck, plant and agricultural drivers a helping hand when they get behind the wheel. Alongside our Backeye equipment, we also provide a number of camera monitoring systems that can cover multiple blind spots and improved views over standard mirrors.

To find out more about our products, what we can provide for your specific fleet and how we can help your drivers contact us here.