Making the farmyard safer: How camera systems can help 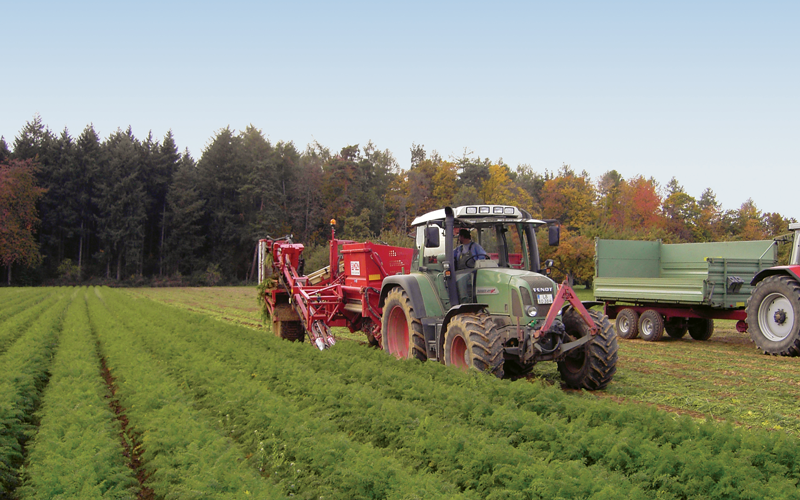 As a fundamental industry in the UK, with more than 70% of the country’s land given over to the sector, farming employs 400,000 people and contributes £10.7 billion to the economy.

When we talk about reversing alarms, 360 vehicle camera systems and object detection systems, most of us instantly picture them fitted to an HGV. But such systems can help on a wide range of vehicles working in a number of sectors – not least in farming.

As a fundamental industry in the UK, with more than 70% of the country’s land given over to the sector, farming employs 400,000 people and contributes £10.7 billion to the economy.

Tractors and related vehicles are a key element within the sector that allow farmers to do their job quicker and easier. As with any large vehicle, however, farmyard machinery can present its own set of difficulties when it comes to driving and manoeuvring, with bigger blind spots and tricky sight lines to contend with.

Here, we explore how camera monitor systems can help keep agricultural vehicles, and the farmyard, safer.

Despite great advances in health and safety, sadly there is still a large number of people who die annually while working in farming, forestry and fishing.

The latest government figures reveal that 29 people died in these industries in 2015/16. The majority of fatalities were people who were self-employed (17) with 10 employed and two people who were “non-employed”.

Out of these 29 fatalities, the highest number of people were killed by farm vehicles. These deaths accounted for seven fatalities – more than those killed by a fall from height, contact with machinery or animals.

Wider figures, covering the five years previous to 2015/16, show 30 workers in farming, forestry and fishing were killed after being struck by a moving vehicle – a stark reminder of the dangers that can be present on farmyards and sites.

The same figures also revealed that farm workers are aware of the risks vehicles can present. In a study of workplaces in agriculture, forestry and fishing with five or more employees, 78% of those examined listed vehicles as a risk, putting them second to machines or tools with 80%.

Risk assessments are an important way of identifying and acting on potential dangers in the workplace, and in farming they are carried out regularly.

A government survey showed an estimated 92% of farming, fishing and forestry workplaces with five or more employees regularly carry out risk assessments – in line with other industries.

The industry is also highly regulated by the Health and Safety Executive with numbers for 2014/15 revealing a total of 177 improvement notices and 58 prohibition notices being issued in the sector. This was an increase on the 224 notices issued in the previous year.

How camera systems can help

Our Backeye360 system provides a real-time 360-degree view around the vehicle and can help with low speed manoeuvrability – ideal for farmyard locations.

Side view camera systems can also help when using bulky machinery, such as harvesters. When fitted with varying attachments these vehicles can become much wider and longer, making driver visibility harder, and increasing the potential for blind spots.

We supply a range of side-view cameras that can be fitted on any area of the vehicle and can include flush mounts or eyeball systems with adjustable lens positions. These systems are also helpful when towing as they cover the nearside of the trailer/hitch/equipment being towed.

Find out more about our range of commercial vehicle safety systems, or get in touch with one of the team, who can discuss the best product for your requirements.