Parking Safely: How Brigade’s Products Help Drivers in all Situations 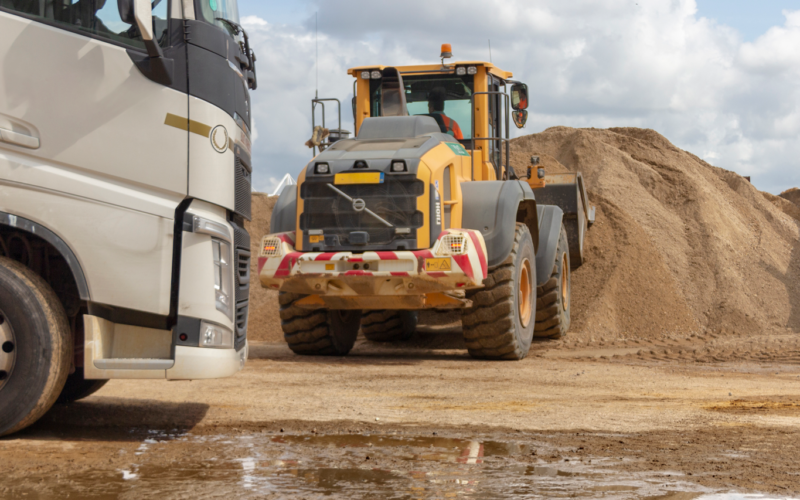 Maneuvering a large vehicle takes precision and skill. However, negotiating narrow residential streets and reversing into unfamiliar spaces can pose hazards for even the most experienced of drivers. Complex vehicle blind spots, lack of driver visibility through the side and rear of the vehicle along with poor weather conditions and obstructions from bulkheads all combine to create the threat of a collision with either objects or people.

Whether you are working in the waste and refuse industry, managing a fleet of delivery vans, running a busy bus network,  or operating vehicles on a construction site, driving and maneuvering vehicles safely is a priority for every fleet manager.

In the United States, the Occupational Safety and Health Act of 1970 was passed to promote safer workplace conditions.  The law established the federal Occupational Safety and Health Administration (OSHA), which sets and enforces workplace health and safety standards.  Safe driving training and adding safety solution technology upgrades on vehicles and machinery are two key measures that employers have implemented as to improve safety both on and off the road.

Many collisions with large vehicles occur when they are maneuvering at low speeds, such as turning in a tight space or attempting to park. Preventing deaths and injuries, as well as damage to objects and vehicles, can be reduced dramatically when a driver’s indirect vision from the cab is improved.

What is indirect vision?

Indirect vision is a series of passive and active systems to aid a driver’s in-cab visibility, eliminate blind spots and, ultimately, enhance safety.

While passive systems, such as mirrors, have been a legal requirement for many years, mirrors alone will not solve the blind spot problem. In the time it takes a driver to scan four mirrors, assess and then react to hazards, a vehicle could travel as far as 33 feet. Along with passive systems, such as mirrors and cameras, Brigade recommends a series of active safety systems, to alert drivers to something in a vehicle’s blind spot.

Brigade’s market-leading Backeye®360 is an intelligent 360 camera monitor system designed to assist low-speed maneuvering by providing the driver with a complete surround view of the vehicle in real time and in a single image.

The benefits of using Backeye®360:

Backsense® radar obstacle detection is also designed to protect people and objects in blind spots – in this case by providing an in-cab audible and visual warning. The radar works effectively in harsh weather conditions and is programmable with a custom detection range of up to 98 feet in length and 33 feet in width, making it ideal for construction, mining, and quarrying sites.

Audible warning alarms alert pedestrians and other road users outside the vehicle when it is moving. Our back up alarms use multi-frequency broadband technology, creating a ‘ssh-ssh’ sound which is gentle on the ear and dissipates quickly, meaning the alarm can only be heard in the danger zone. As an alternative to traditional ‘beep beep’ alarms, Brigade’s bbs-tek® White Sound® warning alarms eliminate noise nuisance while still providing the ultimate in safety.