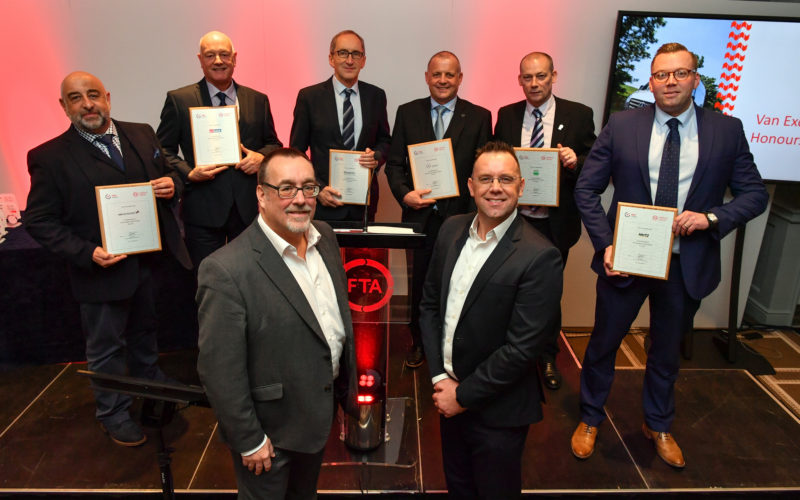 To acknowledge their unwavering support in promoting Van Excellence to all sectors of industry, the Van Excellence Partners for 2019 were presented with celebratory plaques at the recent Van Excellence Honours awards which took place in Birmingham on 7 February.

The FTA Van Excellence scheme is an industry-led initiative which promotes the safe operation of vans, celebrates operators that demonstrate excellence and represents the interests of the van industry.  Each partner is from a different service sector within the van industry and supports the scheme in all its initiatives and by promoting best practice in van operations.