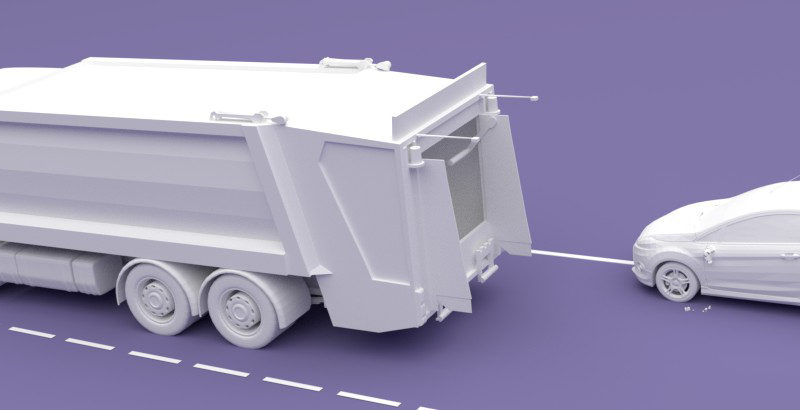 At Brigade our aim is to protect all drivers and their vehicles by giving them an extra eye and ear on the road.

Keeping a close watch on what is happening outside your vehicle can help drive down accidents and incidents, but it can also be invaluable in circumstances of false insurance claims.

This kind of crime costs the industry millions of pounds every year and has become so popular among scammers that they will often operate in gangs in an attempt to get away with the offence.

In this blog, we discuss how mobile digital recording (MDR) systems can help in the fight against such criminals and support drivers in other areas.

As drivers across the country will know, car insurance can be costly and unfortunately premiums have risen in recent years. Reports in April showed car insurance premiums had risen by an average of £110 in the last year.

And false claims have made policies even more expensive. The Association of British Insurers (ABI) estimates that, on average, an extra £50 is added to the annual insurance bill for UK policyholders due to fraud.

But the industry is fighting back against such criminals – and so is technology.

More and more drivers – and cyclists – are installing their own form of mobile digital recording systems to capture video footage of fellow road users, and what happens around them as they travel from A to B.

Such footage can prove invaluable in cases of false insurance claims, cash for crash schemes or vandalism by providing irrefutable evidence. We have been providing such fail-safes to company bosses and fleet directors since 2005, when we launched our range of MDR products.

Our systems include multi-channel recorders with large storage capacity, meaning they are able to capture hundreds of hours of footage – ideal for haulage firms whose drivers can be on the road for long stretches.

Delivery company Palletways were in need of a system to help reduce the level of accidents occurring to their fleet and prevent costs linked to vehicle damage. They fitted ten of our MDR systems to their vehicles in 2013 and saw great results – with a 47% drop in insurance claims and a 57% fall in claims value.

As with all Brigade products, our MDR systems also help eliminate driver blind spots by giving them a clear view of the area around their vehicle. Alongside this they can be used in driver training, providing video footage for staff to watch and learn from.

To find out more about our MDR range, and how it could benefit your fleet, contact a member of our friendly team.