Why Reversing and Warning Alarms?

The rear blind spot is a huge problem regardless of the vehicle or machine – reversing vehicles account for a quarter of all workplace deaths. With 90% of these reversing accidents occurring off-road (loading bays, lorry parks, quarry sites, warehouses etc.) there has never been a greater necessity to carry out effective risk-assessments of reversing processes.

A reversing alarm is a device to warn anyone in a vehicle’s path that it is moving backwards. Beeping reversing alarms were introduced to Europe in the 1970s and provided a vital step forward in safety.

Brigade Electronics – at the forefront of reversing alarm technology since introducing the first reversing and warning alarm models addressed the problems of effectiveness of alarms in urban and work environments.

The Benefits of bbs-tek® Reversing and Warning Alarms

Danger Zone Sound subsides quickly outside of the danger zone, meaning the alarms do not cause noise-nuisance

Night-time Deliveries Sound subsides quickly outside of the danger zone, meaning the alarms do not cause noise-nuisance.

Our patented White Sound® alarms are the safest reversing alarms in the world and do not cause a noise nuisance. Simple to fit and relatively inexpensive, the ‘ssh ssh’ white noise can be heard extremely clearly in the danger zone, even when wearing headphones or ear defenders or for people who have hearing difficulties. Yet the sound dissipates quickly outside the hazard zone, lessening the environmental impact and the likelihood of noise complaints.

Heard Only Where it Matters

White sound reversing alarms use broadband frequencies, giving greater directional information to the ear. This means the sound is instantly locatable – a huge leap forward in terms of safety because even a split-second’s confusion can result in serious injury or death.

Over the decades reversing beeper alarms became standard on almost every commercial vehicle. However, concerns began to be raised about their effectiveness in an urban environment or on a work site, where several alarms could sometimes sound at once, making it difficult to establish where the danger was coming from. Additionally, the piercing beeps caused by high-pitched tonal alarms generated countless complaints about noise pollution.

The answer has come in the form of Brigade’s bbs-tek® White Sound® Reversing and Warning Alarms – a revolutionary new generation of alarms that have rapidly superseded the ‘beep beep’ products of the past.

Brigade’s bbs-tek® White Sound® reversing alarms are endorsed by PIEK and the Noise Abatement Society and have been awarded the Quiet Mark for their environmental benefits. 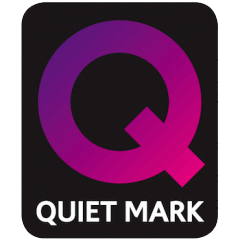 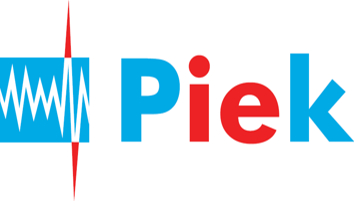 bbs-tek® provides a superior warning for those in the danger area. It is more easily located and less likely to experience interference from reﬂecting surfaces than narrowband back-up alarms.
Les Blomberg - Director of Noise Pollution Clearinghouse

The Reversing and Warning Alarms Range For plant, quarry and construction machines or environments with high ambient noise. Our heavy-duty reversing beeper alarms operate in the harshest environments keeping ground workers safe. The multi-frequency sounds can be heard through ear defenders – a huge advantage over tonal alarms where a single strident tone is blocked out. Our patented white noise reversing alarm is not only the safest alarm in the world due to its instant locatability and directional sound, but, with the inclusion of our self-adjusting models, it is also the smartest. Brigade’s bbs-tek smart reversing alarm continually adjusts to 5-10 decibels above the background noise level, making it ideal for environments with varying levels of noise. Mounted to the side of the vehicle, the bbs-tek® turn indicator alarm synchronises an audible warning with the vehicle indicator lights. This means when the nearside indicator is activated, an alarm informs cyclists or pedestrians of the vehicle’s intention to turn and allows them to take appropriate action.

bbs-TI complies with regulations and legislations that require an ‘audible vehicle manoeuvring warning’ to alert vulnerable road users when a vehicle is turning, including Transport for London’s Direct Vision Standard. Backchat® Talking Reversing Alarms reproduce real speech with unrivalled quality and clarity. Backchat alarms include a standard message for reversing and handbrake warnings and can even be used as an attack protection alarm. Single or dual bespoke messages are available, as well as the option to include a built-in cut out for night-time use available on our Nightshift speaking alarms. Known as an acoustic vehicle alerting system across the automotive market, the Quiet Vehicle Sounder warns vulnerable road users of an approaching electric or hybrid vehicle.

Brigade has developed a multi-frequency Quiet Vehicle Sounder, integrating the patented bbs-tek® technology, which uses a wide range of White Sound® frequencies. This enables anyone in the direct path of the vehicle to instantly locate where and what direction the sound is coming from and take evasive action if required.

Need technical support with a Brigade product or service? Visit the Product Support Area for product data, software downloads, and FAQs or visit the links below for Reverse and Warning Alarm specific information:

Would you like to make an enquiry for Reversing and Warning Alarms? Please use one of the following options below.