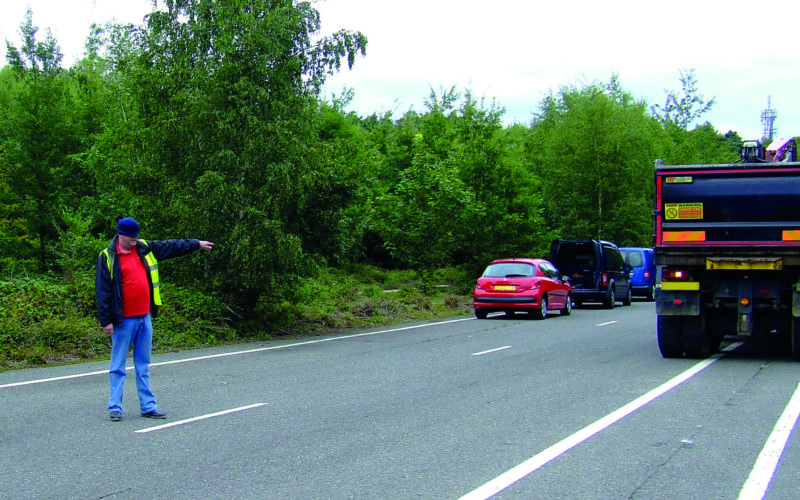 FORS silver standard already requires operators to fit a reversing alarm: ‘Fleet operators shall ensure that all vehicles over 3.5 tonnes gross vehicle weight is equipped with an audible means to warn other road users of vehicles reversing movement’ but the new FORS standard goes one step further. Operators are now required to ‘reduce the noise produced by their vehicles, processes, equipment and ensure that there is regular evaluation of systems and devices that could help to reduce overall noise levels.’

Reversing alarms are one of the biggest reasons for noise complaints especially in residential streets and early in the morning or late at night. Brigade has a solution that can reduce noise pollution without compromising safety and help operators to meet the new FORS requirement.

Bbs-tek® is a revolutionary reversing alarm that is quieter and yet safer than conventional alarms. The unique alarm is approved by the Noise Abatement Society and has the Quiet Mark accreditation. It can be used to reverse safely without causing a noise nuisance and can only be heard in the danger zone, unlike conventional alarms that can be heard up to thirty times the distance required. The alarm emits a “ssh-ssh” sound which is less irritating than the shrill beep-beep of other alarms.

Brigade’s white sound reversing alarms are considered to be the safest on the market. In a similar way that a person reacts to a snapped twig, the broad band sound frequency is directional and therefore locatable, unlike ‘beeping’ tonal alarms. This means that a person knows which direction they need to move in to be safe. It is ideal for the blind who can actually hear the direction a vehicle is moving in. The hearing impaired are also likely to be able to detect at least some of the wide range of sound frequencies emitted by the revolutionary alarms.

Tony Lenihan, Compliance Manager at Dafcon Haulage Ltd agrees that bbs-tek® is the best solution for those that cannot detect sound at certain frequencies. He explained that after twenty-five years’ experience working with heavy-duty machinery, he has thirty per cent loss of hearing. He said: “I went to the doctors thinking it was a wax build-up in my ear. I was turning the phone up to hear what people were saying and turning the radio up in the car but it turns out that my hearing was damaged.”

Brigade conducted a test by blind folding Tony and asking him to locate the direction of the sound for both the conventional beeping alarm and a bbs-tek® alarm. He has positioned ten metres away at a forty-five-degree angle to the trucks rear offside. With the conventional alarm he was ninety degrees out but with bbs-tek® he managed to pin point the direction immediately every time.