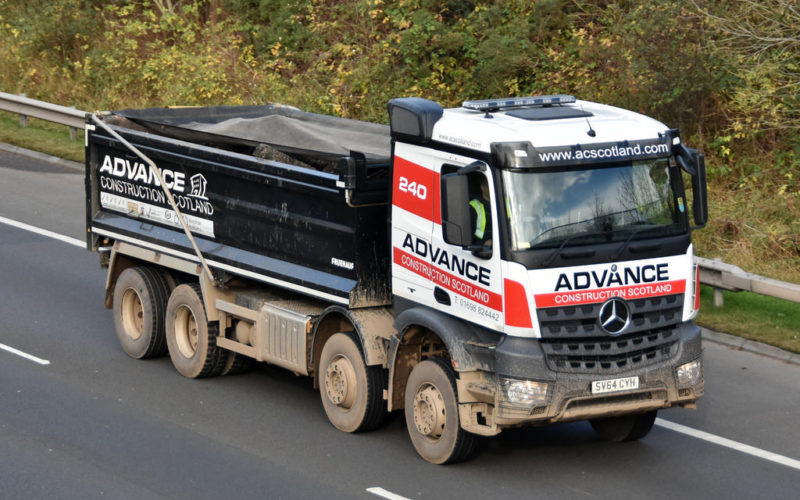 The cost of UK motor insurance has reached a record high, with a report this summer revealing that the price of an annual policy has soared by more than 11% to reach an average of £484. The figures, released by the Association of British Insurers, are partly the result of changes to compensation rules, as well as an increase in insurance premium tax. Fraudulent insurance claims and crash-for-cash scams are also driving up costs.

HGV and other commercial vehicle operators suffer from high insurance premiums just as car drivers do. When accidents involve lorries, buses or heavy plant, the temptation is to point the blame at the larger vehicle; often that’s simply because it’s bigger and can be viewed as more intimidating. Yet an American study has shown that only 20 per cent of accidents involving trucks were due to truckers’ movements or loss of control, while 50 per cent were due to car drivers’ encroachments such as tailgating, suddenly slamming on brakes or veering into a trucker’s lane due to reckless or distracted driving.1

Lorries are also likely to be targeted in crash-for-cash incidents, a dangerous trend which involves scammers deliberately causing a collision in order to make fraudulent or exaggerated insurance claims.

So what can be done to protect commercial drivers against false claims – claims which can result in expensive court cases, hefty fines and even wrongful imprisonment?

Mobile Digital Recording (MDR) is Brigade Electronics’ state-of-the-art solution. Companies across the UK and globally are seeing instant benefits following installation of MDR. The system provides recorded footage where there are conflicting reports of actual events, whether through genuine misunderstanding, or where there has been a staged crash-for-cash accident. Installing MDR means companies can make major cost savings in the long-term, whilst supporting their drivers, who are often the subject of increased scrutiny after an incident.

We’d like to share a recent MDR success story. Advance Control Scotland (ACS) is a high profile groundwork and civil engineering company that often has hundreds of vehicles on the road at any one time, making them a target for false insurance claims. Without evidence, it is difficult to refute claims and this puts pressure on insurance premiums, operating costs and ultimately bottom line profit.

ACS was the first company to trial Brigade’s new 3G capable MDR system with live access, on one of their 32-tonne tippers. During the trial period the driver was unfortunate enough to have a head on collision with a car.

Brigade’s MDR-404G-500 four-camera digital recording system uses 3G connectivity to allow operators to remotely access footage. David Sandilands, Director at Banlaw Systems who supplied and installed our equipment, was able to access the data from the accident remotely before the emergency services arrived. He could clearly see the devastation of the vehicle and the driver who was visibly shaken up on the side of the road. He was able to check speed and positioning of the ACS vehicle as he watched a car on the wrong side of the road drive straight into the tipper.

David was able to walk into the ACS office at Belshill with the footage on a USB stick and reassure the company’s general manager, Colin Sinclair, that his driver was not culpable.

Colin at ACS said: ‘Having this record on film has proved to be invaluable and has shifted all blame onto the other party. Our insurers could pursue our claim against them, rather than the situation being clouded by counter claims and resulting in both insurance parties striking a deal to clear the claim off their books. Often tipper vehicles can be seen as easy targets for claims and we are now more confident that any such claims can be refuted, protecting both our drivers and our company’s reputation.’

Click here for more information on MDR. And if you’d like further details on any of our vehicle safety products and services, don’t hesitate to contact us.