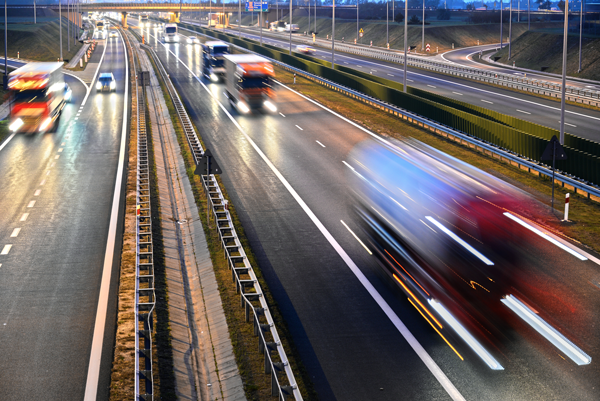 Across the globe, the future of commercial vehicles looks green. Attention in the automotive market has been firmly focused on the switch to green fuels and it’s no different in the commercial vehicles sector. The top manufacturers all have plans to bring electric commercial vehicles to market, which will ultimately have a huge impact on ever growing environmental concerns.

However, it is not just the future we have to look to in order to find developments in the electric vehicles market, there are many companies already operating with electric vehicles, leading the way and making a change. In this article, we will look in to the use of electric commercial vehicles and how they are operating today.

Jumbo, a supermarket chain in the Netherlands, kicked off 2019 with a new addition to its fleet of lorries. The DAF CF Electric hauls stock between Jumbo’s distribution centre and nearby stores as part of a DAF field test project prior to large scale production.

For long distance haulage, electric vehicles are still unable to offer the mileage a combustion engine can due to battery weight and energy storage issues. There are promising developments to look forward to though, with the likes of Tesla’s Semi staking claims of 500 mile distances per charge and Mercedes joining the race with the eActros. Both Tesla and Mercedes expect production to start in 2021.

Kuhn Shweitz has produced the largest electric vehicle in the world: An electric dumper that can carry 65 tonnes of mineral ore and stands at a colossus 14ft tall and 14ft wide. This is where things get truly efficient, the e-dumper can charge itself through regenerative braking, meaning taking full loads on a downward gradient can charge the vehicle.

A lime and marl quarry in Biel, Switzerland is home to the e-dumper where it climbs a 13% gradient and is loaded up to 20 times a day. On descent, the regenerative braking system harnesses enough energy to replenish the charge used to go up. The typical dump truck uses as much as 22,000 gallons of diesel per year, so not only does the e-dumper save on fuel costs but produces zero carbon emissions.

The city of Shenzhen, China, is a front runner in the switch to electric public transport and have already opted to remove all buses with combustion engines and replace them with electric buses. Now Shenzhen has an astronomic 16,000 electric buses serving the public with the aim to reduce pollution across the city.

Coverage from The Guardian points to one large concern raised by the people of Shenzhen surrounding the new buses. The silent nature of the buses means bus-goers do not notice a bus approaching. This poses a significant danger when attempting to cross the street for vulnerable road users in the city.

Brigade’s Quiet Vehicle Sounder has been designed precisely for instances like this, emitting a multi-frequency sound that warns pedestrians and other vulnerable road users that a quiet vehicle is approaching.

The need for ventilation and circulation in a mine, for example, is critical to meeting health and safety requirements. Costs involved in setting up ventilation infrastructure and creating energy to circulate air are some of the biggest expenses a mine will face. The introduction of electric powered plant is an optimal solution to reducing these costs thanks to the significant reduction in heat and emissions by new electric vehicles.

The quiet operating sound coupled with its non-polluting nature makes electric plant an attractive option for urban construction sites. OEMs across the globe have already introduced a range of excavators, catering for those working on sites of all sizes. Liebherr recently presented its electric excavator at Bauma 2019, Munich. After a countdown in front of visitors, a large switch was flicked, and the excavator was brought to life. See it in action here:

It’s not only electricity powering commercial vehicles, the use of hydrogen is also on the rise. ULEMCo has converted a waste truck in to a hydrogen/diesel hybrid where by the hydrogen displaces one quarter of the diesel used. A huge fuel cost saving when scaled across a large fleet of waste trucks. This waste truck is currently in use with Aberdeen Council and shows the other possible options the commercial vehicle market has when switching to an environmentally friendly way of driving.

Although the distance an electric vehicle can travel on one charge is close to competing with that of a vehicle with a combustion engine, there are still improvements to be made. However, current mileage is perfect for stop-start last mile deliveries and the vans themselves will help operators working in ultra low emission zones avoid daily fees. The likes of FM Conway have already invested in new electric vans and have saved 2/3rds in fuel expenses, pay zero road tax and avoid low emission zone fees altogether.

Organisations with big targets for reducing emissions are making the switch to electric vans. The University of Birmingham have met their target of reducing CO2 emissions by 20% four years early, partly due to their new fleet of electric vans.

With announcements from across the globe pointing towards plenty of choice for greener commercial vehicles, we will soon see plenty gracing our roads and sites.

If you would like more news and updates on the commercial vehicle industry, subscribe to our newsletter.