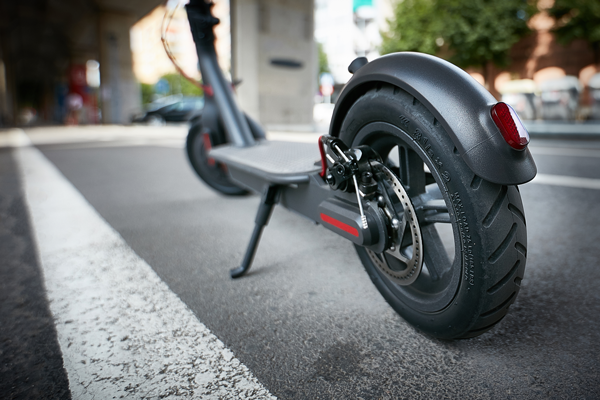 Following the Department for Transport’s announcement that e-scooter trials would be brought forward to July 2020 from 2021, these are now well underway with four regions across England taking part – the West Midlands, West of England, Portsmouth and Southampton, and Derby and Nottingham.

The government hopes that the trials, which have been fast tracked due to the coronavirus pandemic, will help to encourage people to stay off public transport and onto greener alternatives.

E-scooters, which are currently banned from public roads, cycle lanes and pavements in the rest of the UK, have been growing in popularity over the last few years and are available to hire in more than 100 cities across the world. Sales of e-scooters have grown rapidly over the past five years. According to LEVA-EU, total sales in France, where e-scooters can be used on public roads and pathways, were up by 400% since 2016.

However, using e-scooters, which can reach speeds of up to 50km/h, is not hazard free. As with other vulnerable road users, riders of e-scooters aren’t always easily visible to drivers of large vehicles. Since January 2018, there have been 11 deaths linked to electric scooters in European cities. This includes the first fatality in France, when a young man was struck by a lorry in Paris.

Complex blind spots on large vehicles, along with poor visibility due to bad weather conditions, are a major contributing factor to collisions and are often the main reasons why vulnerable road users, such as pedestrians and cyclists, are killed or injured.

As roads get busier and e-scooters become commonplace on our streets, here at Brigade we are recommending that operators of larger vehicles, including HGVs, buses, coaches and construction vehicles, review their existing safety practices and systems to ensure that driver visibility from inside the cab is at its optimum level.

While vehicles with larger windows or glass doors, such as buses, will have better viewing positions for drivers compared to lorries, no vehicle is immune from blind spots. Even more crucially, simply fitting passive safety systems, such as mirrors and cameras, will not necessarily ensure a driver will see an undetected object or person without an active system, like obstacle detection or warning alarms, being in place.

This is why we recommend that a combination of both passive and active systems is fitted to your vehicle to ensure the highest possible safety standards are always maintained. These include:

For further information about Brigade and our safety products, please get in touch.