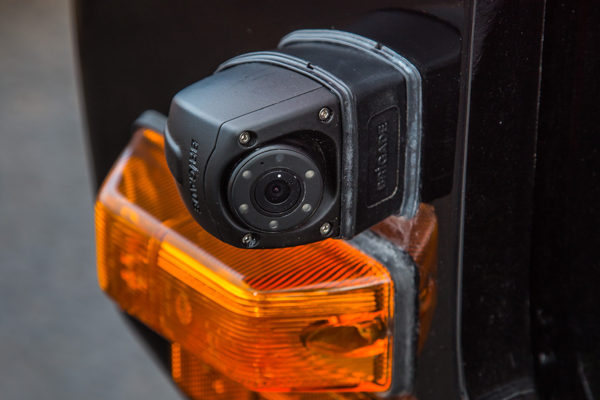 A survey of drivers, fleet managers and other industry professionals who read the magazines Commercial Motor and Motor Transport found more than half (56%) say the tech improved driver behaviour, and 47% of those surveyed said incident reports had decreased after installation.

“If you don’t have these vital cameras on your fleet or vehicle, it’s time to look into how they can cut costs and improve the smooth running of your business.”

The survey found 73% of fleet managers and drivers said they installed cameras to improve safety standards, 57% did so to reduce insurance costs, and 54% said it was to improve driver behaviour.

Chris, who introduced the reversing alarm to the UK back in 1976, added: “The survey also found that 35% of those questioned had not installed cameras because they think they are too expensive but, as these results demonstrate, it’s not so much a matter of can you afford it, as can you afford not to?”

Brigade commissioned the survey in a bid to unveil the way operators are deploying cameras and digital recording systems on their fleets and their reasons for using it.

The survey was designed for fleet managers and for those with responsibility for keeping commercial vehicle fleets compliant. A total of 266 drivers and fleet managers responded throughout February and March 2020.

Brigade’s technology solutions reduce the risk of collisions and protect vulnerable road users by minimising vehicle blind-spots and as a driver aide to manoeuvre safely.