Home » News » What are the regulations on the road? – UK, EU, and non-EU vehicles

What are the regulations on the road? – UK, EU, and non-EU vehicles 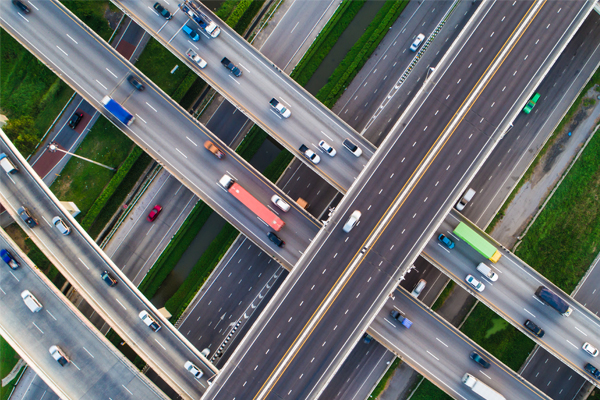 Across the UK and around the globe, established road infrastructures serve as the arteries that supply the products and goods needed to maintain a functioning and healthy society.

Every day, thousands of tonnes of road freight arrive in countries through their ports, along their railways, and on their roads. This is an international operation spanning entire continents and involving vehicles and drivers of all nationalities. Last year alone, more than 45 million tonnes of goods were lifted to and from the UK with over 1.4 billion tonnes being lifted domestically.

In an effort to maintain the safety of these vehicles and the drivers that operate them, there are a number of regulating bodies and charities set up to monitor standards. It is important that both the driving crews and their fleet managers understand the rules of operation that apply in their regions.

HGVs operating in the UK must undergo regular walkaround checks to inspect, among others, the condition of their mirrors and glass, their brake lines, and the security of their loads. The police and Driver and Vehicle Standards Agency (DVSA) officers can stop you to do checks on your vehicles.

Additionally, vehicles planning to travel to or through London from October 2020 now need to meet the demands of the new Direct Vision Standard (DVS). This is the first legislation of its kind in the UK and will relate to all vehicles, foreign and domestic, that weigh more than 12 tonnes.

Under the DVS system, vehicles are ranked based upon a 0-5 star rating that indicates the driver’s visibility from their cab. To meet the requirements of this permit, HGVs need to have Class V or VI mirrors, an operational camera monitoring system such as the Backeye®360, and a sensor system with driver alerts like Brigade’s SS-4100W Sidescan sensor system.

The Health & Safety at Work Act 1974 must also be considered by companies who are operating in the UK and states that employers have a requirement to provide a “duty of care”. Those who work in and around vehicles can expect to have safety devices fitted to the vehicle to prevent accidents occurring.

For the most part, EU and GB domestic rules are aligned. Though, EU rules are applied to vehicles and drivers in the UK, but GB rules are not applied in the EU – nor in the European Economic Area (EEA) or Switzerland.

Broadly speaking, the degree to which these regulations are upheld varies between the EU15 members like Ireland and Germany who have better road safety, and EU27 countries like Poland and The Czech Republc which still fall behind the projected road safety level of the European Union.

However, the European Union has specified Crash Avoidance Measures for heavy goods vehicles operating in Europe such as Directive 2003/97/EC & 2005/27/EC:

“In 2003, the European Parliament and Council adopted Directive 2003/97/EC on rear view mirrors and supplementary indirect vision systems for motor vehicles. This directive aims to improve road user safety by upgrading the performance of rear view mirrors and accelerating the introduction of new technologies that increase the field of indirect vision for drivers of passenger cars, buses and lorries..”

This directive came as a response to the many deaths occurring each year in Europe who were mostly vulnerable road users. Now we see the likes of Belgium and the Netherlands enforcing blind spot mirrors or cameras for all heavy goods vehicles.

UN ECE Regulation No 46 (R46) lays out the parameters for which devices can be used to aid indirect vision.

For countries outside of the EU like Russia, Turkey, and Norway, The European Agreement Concerning the Work of Crews of Vehicles Engaged in International Road Transport (AETR) rules apply – though these now match regulations in the EU.

Here at Brigade, regardless of which country you operate in, our technology is integral to keeping all road users safe. Please get in touch to find out more about how our product range can help you to prevent collisions and save lives. Alternatively, please visit the vehicles page to see how your specific vehicle can benefit from our safety solutions.