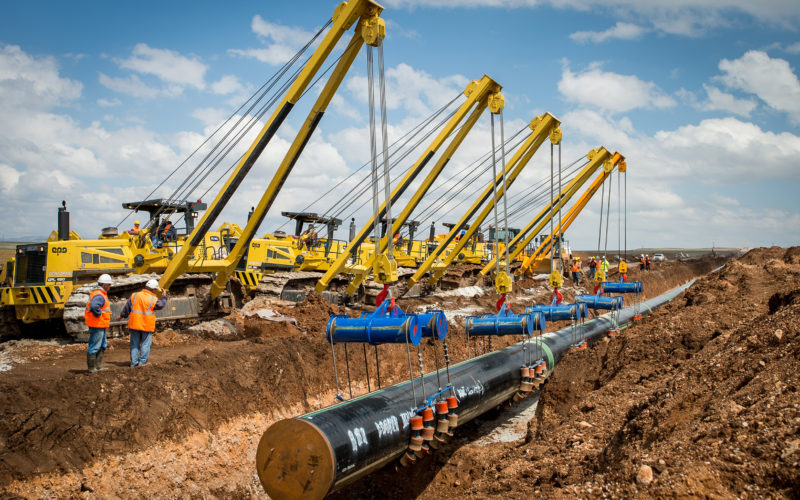 Euro Pipeline Equipment S.p.A. is a manufacturer of cutting-edge machines for global pipeline projects. Despite the recent foundation of the company in 2014, Euro Pipeline Equipment is already well-established, working with some of the largest contractors around the world. The company was awarded the supply of GPL 980 Performer pipe layers for two strategic plants in Saudi Arabia and Turkey. The first, Tanap (Trans Anatolian Pipeline), will link the Caspian Sea’s reserves to the European network; the second, Fadhili, will deliver gas from the Persian Gulf to the Red Sea.

For both projects Euro Pipeline Equipment has entrusted their vehicle safety systems to Brigade Electronics, the market leader for over 40 years. They chose to mount Brigade’s Backsense® radar detection system to both the front and rear of the vehicles. The Backsense® programmable radar detects obstacles within a range of 3 to 30 meters long and between 2 and 10 meters wide and can be programmed to exclude fixed objects or body work.

The GPL 980 Performer is just the beginning: soon Euro Pipeline Equipment S.p.A will present a smaller version of 70 tons. To improve the security and visibility, they are also looking to use Brigade’s Backeye®360 Select camera monitor system. The intelligent system eliminates blind spots by taking images from 4 cameras and simultaneously stitching them together to give the driver a live 360° view.