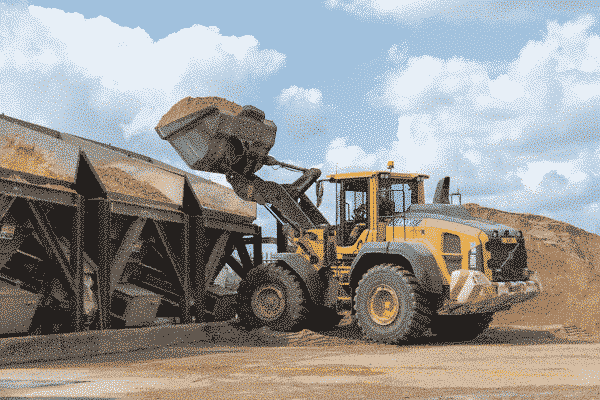 Founded in 1947 Day Aggregates is a leading UK company supplying aggregates and specialist materials across the country and out to Europe. Set up originally as a coal and coke transporter by the Chairman’s father John Day, the company moved towards supplying aggregate into London via rail. Today the company pride themselves on being able to supply trade customers with all their aggregate needs in a sustainable manner by both road and rail. These materials are produced either by Day Aggregates’ in-house production facilities or through a chain of approved third party suppliers.

Rapid expansion coupled with increased customer requirements has created a number of changes over the years including a greater awareness of safety on site and on the road. Now operating in 18 locations across the South, Day continue to fit Brigade vehicle safety systems and consider them an essential part of ensuring they have a low risk environment for their employees to work within. Day Group Ltd Plant Manager, Stuart Holmes, holds safety top of the agenda and states ‘We have multiple systems in place, and everyone takes their responsibility seriously. Before contractors enter our site we require evidence that they meet our safety standards and internally we follow the same format. We look at safety all the way down the line aiming to prevent accidents happening from the outset.’.

On site in Southampton, with almost 3500 tonnes of bagged product passing through their doors a week, they have high safety demands with a shovel loader, several telehandlers and various trucks entering and operating each day. As explained by Stuart, their bigger yards do not have the same issues whereas here there is often lots of traffic operating within close proximity, he adds ‘the busier the site sometimes the safer it is as everyone is looking out for each other, at quieter times people can switch off and become complacent’.

In the last few years of recording incidents, which are split by ‘damage’ and ‘near miss’, figures continue to drop with an app launching soon making it easier for the site to respond and analyse their findings. Brigade’s Backsense heavy duty Radar sensor system has been key to ensuring a safe and sound operation for Day Aggregates, helping their drivers to detect people and objects in blind spots, significantly preventing accidents. The system detects stationary and moving objects providing the driver with an in-cab visual and audible 5 stage distance warning – alerting the operator whose attention cannot be focused on all danger areas. In Southampton’s bagging depot Radar has been in operation for a number of years, fitted to the shovel originally when the site was taken over and then added to the current model. When the time comes to replace the shovel loader, both Stuart and the machine’s Operator Darren Harfield agree that Radar will be essential. Darren explains, ‘it’s an extra added back up as you are looking in all your mirrors and using all the reversing aids but if you are distracted, so if someone’s asking a question on the radio, you can be trying to take too much in at one time. A lorry driver may appear behind and without the Radar system you might not notice them.’ He adds ‘There’s an in-cab display that presents different colours and beeps when anything comes within a certain distance of the machine, so it’s not just visually it’s also audible’.

There’s little doubt that Radar has been one of the reasons the shovel loader hasn’t been involved in a collision as Darren emphasises he wouldn’t be able to work without it. In turn, the company take their drivers views quite seriously when it comes to safety with Stuart adding that ‘the operator is the most crucial bit, it’s the person in the driving seat that can make a good machine bad, and a bad machine good depending how they operate’.

In addition to Radar Backsense Obstacle Detection, the company also apply Brigade camera and monitors to increase visibility in and outside their vehicles contributing to keeping safety standards high, reducing false insurance claims and supplying footage that can be used as a training aid in helping drivers improve their operating ability. Our camera’s have also been used to improved productivity as Stuart explains, ‘We recently fitted a system onto an excavator so the driver could see into a rail wagon. Once it had been emptied it could be used to check over ensuring it was clean avoiding cross contamination of materials.’

The investment cost in machinery and equipment is high so the choice to use Brigade as its vehicle safety supplier has been key decision. Whilst Brigade’s competitors were considered they were unrivalled for standard levels and replaceability. As explained by Stuart, with over 20 years’ experience at Day Aggregates, there are some occasions where repeat kit and spare parts have been required. He emphasises that the preference is to have commonality of what’s fitted, so unlike our competitors, Brigade can offer solutions without a completely new system being fitted. In addition, Brigade work with hundreds of business service partners (BSP’s) across the country, so finding a reliable business to fit new products and systems has been quick and easy for them.